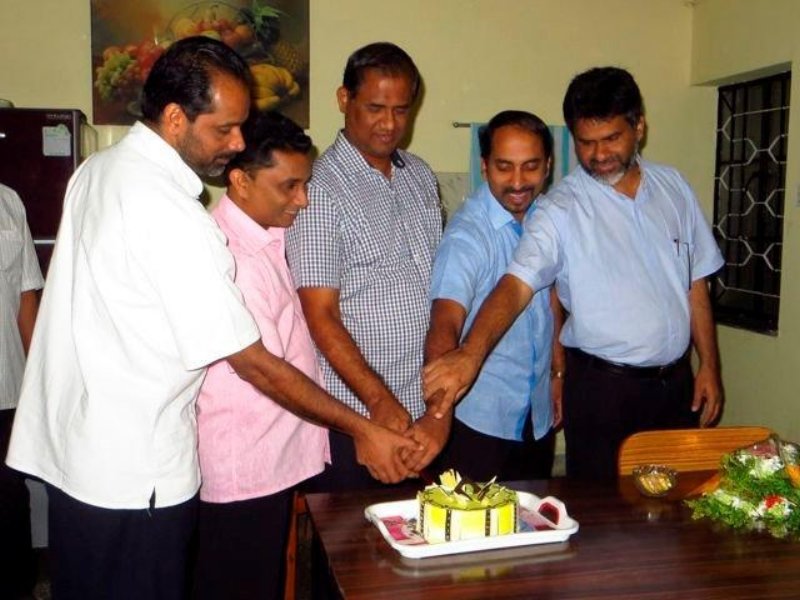 November 1, 2014, the solemnity of all Saints and the seventh day of the XVI Provincial Chapter began with the Eucharistic celebration presided over by Fr Francis Dalmet. Fr Francis invited the congregation to work for the award of swargarathna (Pearl of Heaven), like the ones who have already reached the presence of God.

The formal proceedings of the day began with a bhajan invoking the Holy Spirit by Fr Saju George. Then the actuaries read the minutes of the previous day and the same was approved with a few amendments. Then the Secretary of the Chapter invited the drafting committee to present the goals and action plans for the Vocation Promotion, Formation, Apostolate, Community life, Spiritual life, Administration and Pauline Family formulated by it. On behalf of the Drafting Committee, Fr Joe Eruppakkatt presented them to the assembly.

After the presentation of the goals and action plans by the Drafting Committee, Fr Michael Raj, Provincial, thanked the members of the drafting committee for the commendable job. Then the Secretary read out each of the goals and action plans for the approval of the Chapter and it unanimously voted in favour of all of them. After this, the Chapter Document was signed by Fr Michael Raj, Provincial, and Fr Devasia Puthiyaparambil, the Secretary to the Chapter in presence of all the Chapter members. After the signing the document, Fr Provincial handed over the same to Br. Blaise Thadathil, the General Councillor, to be handed over to the General Government of the Society of St Paul.

The day came to a close with the Eucharist Visit in our local Community Chapel of Pune conducted by Frs Siji and Gregory. This was followed by a fraternal meal in our community during which the Superior and the community felicitated the new Provincial team and wished them fruitful service in the Province.