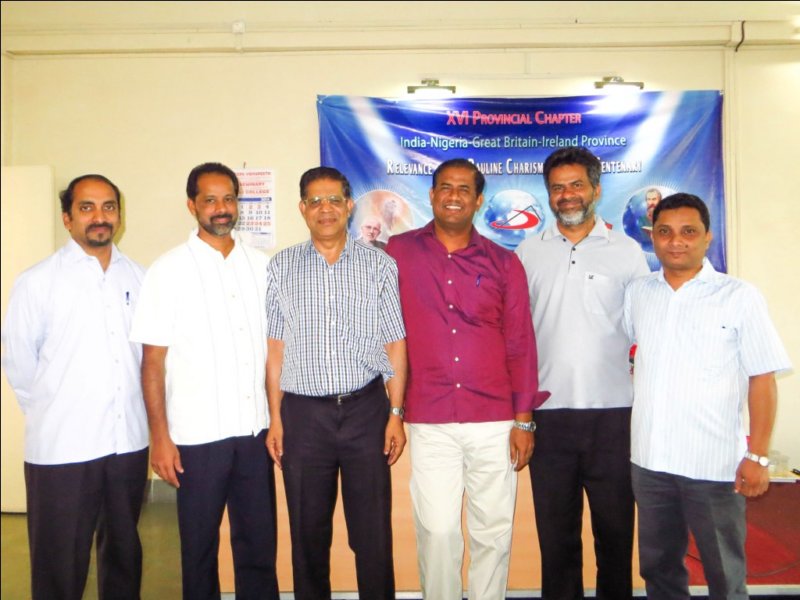 31 October, 2014, the sixth day of the Chapter opened with the Eucharistic celebration presided over by Fr Johnson Vattakkunnel. 'Change to Grow' was the running theme of his homily. We are called to be agents of change. God wants us to use all the graces granted to us in their totality and live a fuller life.

The opening session of the day began with an invocation by Fr Gregory. Then the actuaries read the minutes of the previous day. The Secretary then invited the gathering to discuss in detail the report on Community life and Spiritual life. After this, Fr Jose Pulikkakkunnel presented a brief report of the administrative sector of the Province. He elaborated on the present administrative set up, financial situation, and areas of concerns in various departments of the Province.

The second session of the day began with Fr Provincial announcing the election of the fourth councillor. Fr Saju George Illickal was elected a councillor. Then the assembly dispersed in groups to form priorities and suggestions for the better administration of the Province for the coming four years. The findings of the group discussions were presented to the assembly when it gathered in the afternoon.

The last session of the day discussed the priorities of the reports on administration. The members presented different options to make the administration more efficient, responsible and transparent. This was followed by a discussion on the Pauline Family. The members felt that we should make serious and sincere efforts to revive the Pauline Co-operators, and start the Institute of the Holy Family where ever possible, especially where we have our own parishes.

The day's proceedings were concluded with the Visit guided by Br Jolly and Fr Aji.