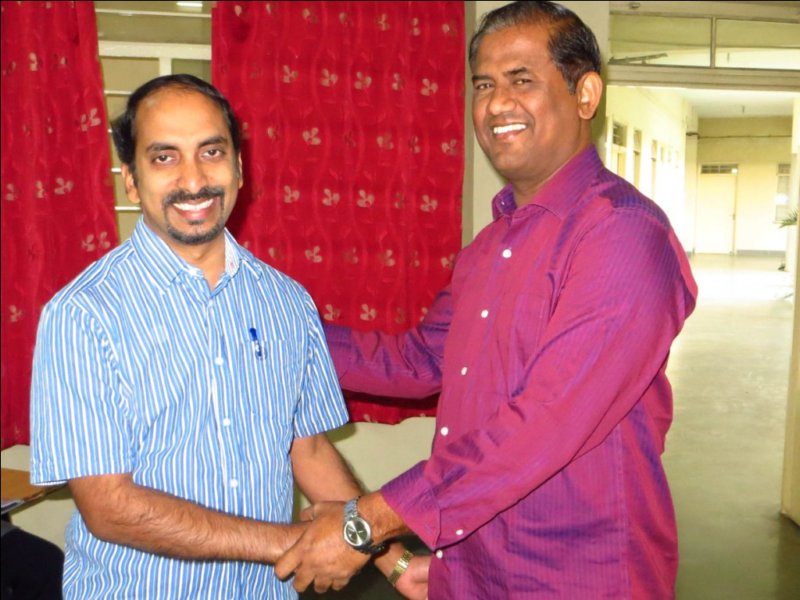 Thursday October 30, 2014, the fifth day of our XVI Provincial Chapter began with the Holy Mass presided over by Fr George Chathanatt. In his homily, stressing on the importance of forgiveness and reconciliation in our personal lives, he reminded the participants that every Eucharistic gathering is a reconciled gathering. Fr George also shared with the participants that a work done well with love is a sacrament.

In the afternoon the Chapter elected Fr Johnson Vattakkunnel a councillor. After the election, the groups dispersed for a detailed discussion on the community and spiritual life. On completion of the group discussions, the findings were presented to the assembly by the secretaries. The proceedings of the day came to a close with the Visit to the Blessed Sacrament conducted by Fr Joslin Kandachamkunnel.