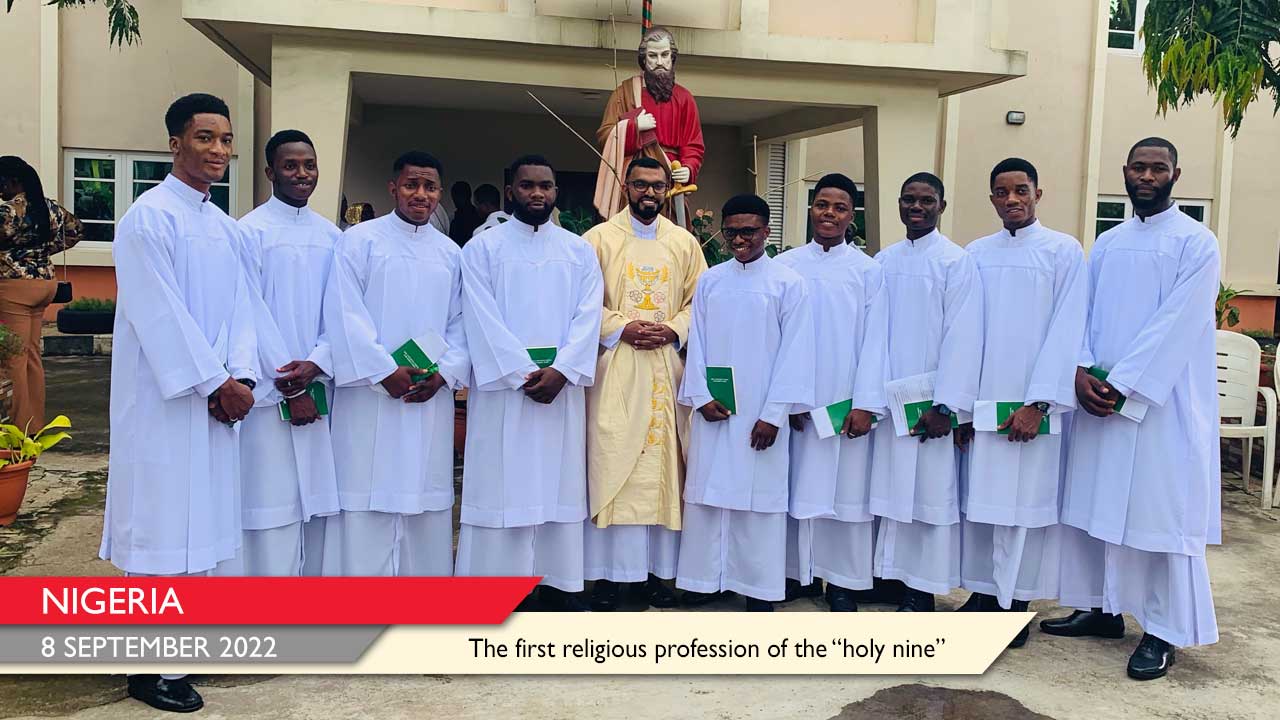 It was a joyful moment for the Nigeria-Ghana region as nine brothers made their first religious profession on 8 September 2022, the Feast of the Nativity of the Blessed Virgin Mary. This is the biggest group since the start of the recruitment of students in the region. The event took place in the community chapel at Ibadan and was presided over by the Regional Superior Father Joseph Kandachamkunnel, flanked by the Local Superior Father Peter Perunnilathil and the Novice Master Father Praveen Chirathara.

In his homily, Fr. Kandachamkunnel highlighted the theme of rejoicing and joy as the core of the Pauline religious life as taught by Pope Francis. He exhorted the brothers to walk courageously, confidently, patiently, and with enthusiasm. He noted the fact that like Mary the brothers would not understand the scope of the call they have received, yet must surrender wholeheartedly and allow the will of God to rein. He encouraged them to remain the “HOLY NINE”, a nickname coined during the novitiate.

Before the Mass was concluded, Fr. Kandachamkunnel unveiled God’s Word 2023 and Memory to be remembered, a diary prepared by the brothers.

Present at the event were priests, religious sisters, family members, members of the worshipping community, friends, and well-wishers. Father Perunnilathil welcomed the gathering and Brother Raphael, one of the newly professed, gave the vote of thanks.