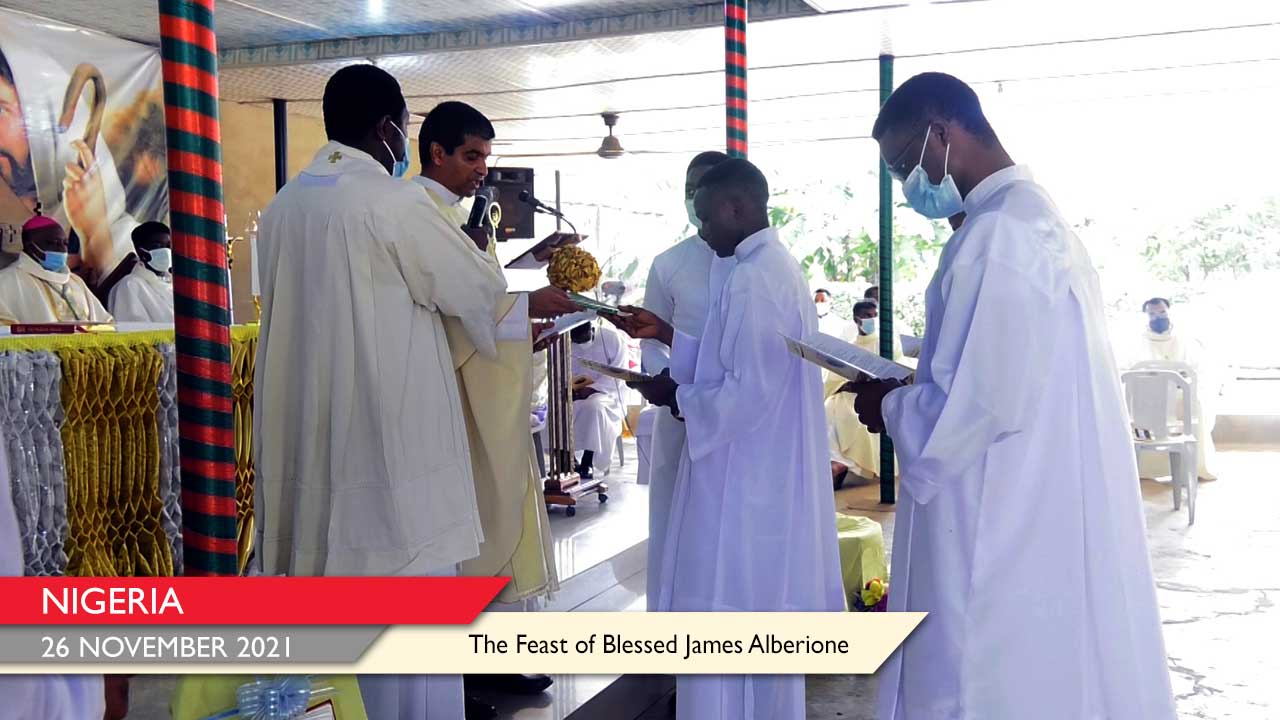 It was a joyful moment on the 26th of November for the Region of Nigeria as it marked triple celebrations: Feast of our Founder as we observe the Golden anniversary of his entrance to the heaven; the First Religious Profession of four of Novices: Stanislaus, Ernest, Sunday, and Paul, and the blessing of the administrative block of the Regional House in Lagos.

The day’s celebrations began with a Eucharistic celebration presided over by His Grace Most Rev. Adewale Martins, the Archbishop of Lagos. The Archbishop in his homily highlighted the peculiar situation of Alberione as a young minor seminarian, and how, by the grace of God, and with his individual efforts, he was able to rise and stand tall, making an impact in the Church to the extent of attracting the recognition of the Pope Saint Paul VI, who conferred him with a medal and visited him moments before his death.

During the Eucharist, Four Novices made their first Religious Profession, after the completion of the canonical year of Novitiate. After the Mass, the archbishop along with the priests present blessed the offices of the administrative block of the Region.

The occasion was graced by Religious sisters, including the Daughters of St Paul, parents of the newly professed brothers, worshipping community and well-wishers.