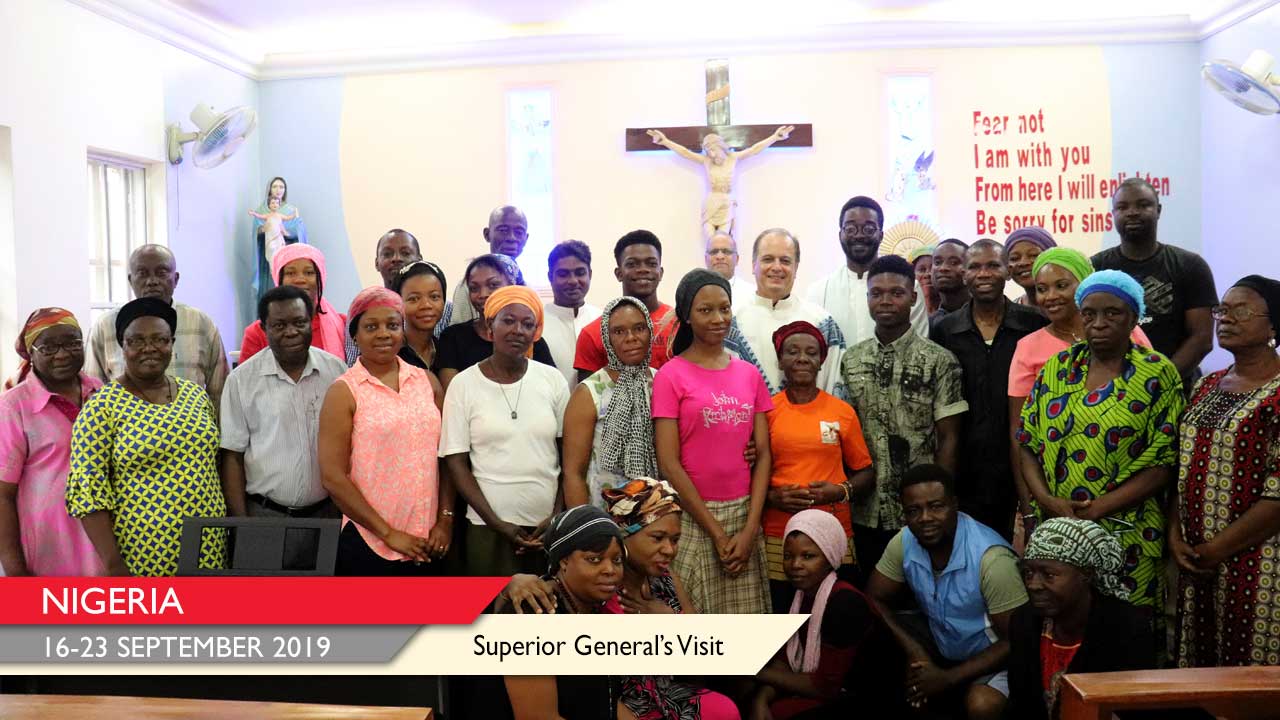 History was made with the maiden visit of the Superior General, Very Rev. Fr. José Valdir De Castro, to the communities in Nigeria starting with Ibadan community on Tuesday, September 17. The Superior General and his Councillor Fr. Jose Pottayil soon after breakfast met with the postulants, juniors and seniors members of the Community. Next were the traditional and cultural dances which took place at the hall of the formation house to showcase the rich and diverse beauty of the Nigerian peoples and culture to the August visitor. Activities of the night also included speeches and words of admonition from the Superior General to members of the Ibadan community and also presentation of cultural art work to the visitor followed, depicting the beauty of the Yoruba culture.

The Superior General in continuation of his visit arrived Port Harcourt, the Rivers state capital, South South Nigeria on September 19, and was welcomed by staff of the Pauline book center in traditional style. The highpoint of the visit was a guided tour of the state of the art book center and followed by the Superior General’s meeting with members of the Port Harcourt community.

Enugu, the capital of Enugu state, South East Nigeria, came next in the itinerary of the Superior General. In his first day of visit he met with his Lordship and Bishop Emeritus of Enugu, Anthony Gbuji. Next day he visited and had meeting with the Bishop of Enugu, Callistus Chukwuma Onaga and shortly after that he met with members of the community.

The Superior General rounded off tour of Nigeria in Lagos where the community and members of the Church committee warmly welcomed him and his Councillor. He also inspected facilities at the media college Alberione Institute of Communication Education (AICE) where he expressed satisfaction with what he met on ground.