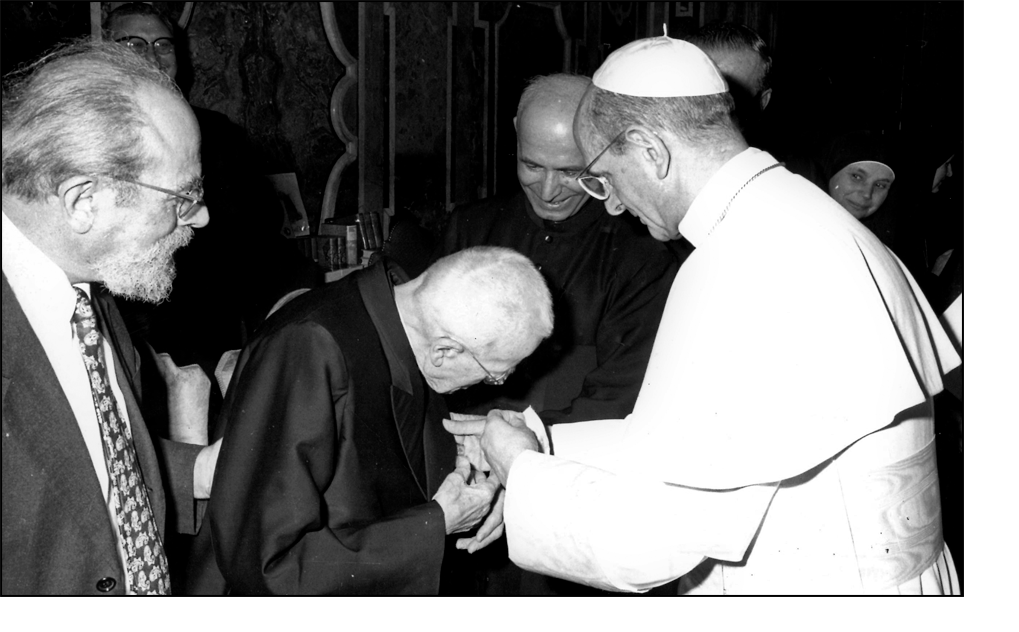 "Here he is: humble, silent, tireless, always vigilant, always gathered in his thoughts, running from prayer to work... always intent on scrutinizing the "signs of the times"... our Fr Alberione has given the Church new tools to express itself...". We all know these words of Pope Paul VI in which he expressed admiration, appreciation and gratitude to Father James Alberione. He pronounced them on June 28, 1969 during an audience granted to the participants of the Special General Chapter of the Society of St. Paul and to the entire Pauline Family. During this audience, Pope Paul VI honoured our Founder with Cross "Pro Eccesia et Pontifice".

On the occasion of the 50th anniversary of this extraordinary event, the Pauline Spirituality Centre  prepared various contents, thanks to which the value and significance of this historic event can be rediscovered. 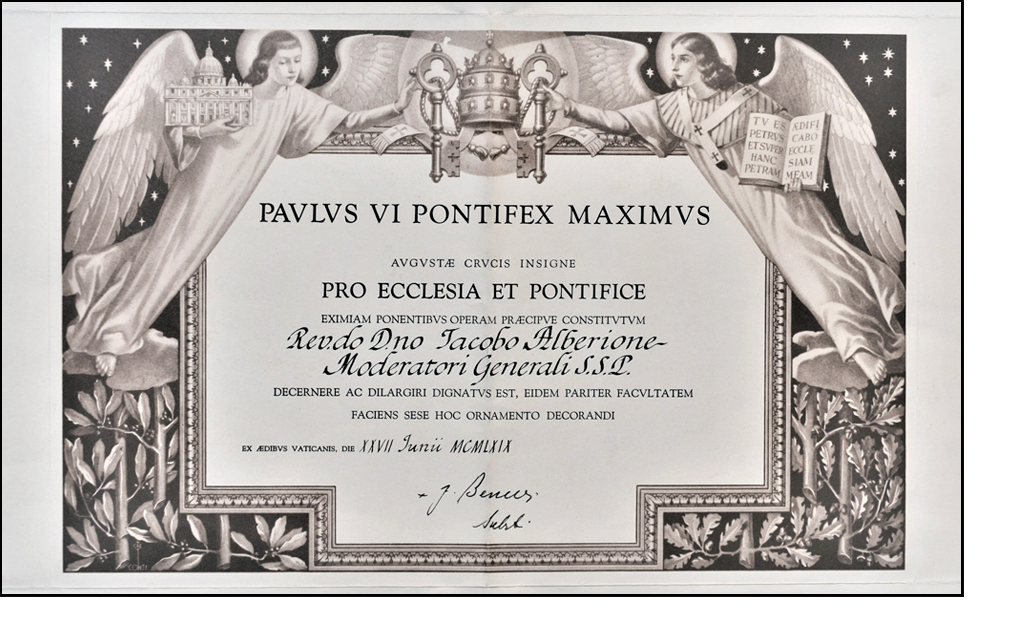 "Paul VI (homage to Fr Alberione, Rome 1969/1974)" is a short documentary film prepared a few years ago by the Brazilian Pauline novice Francisco Galvão. It contains fragments of two speeches by Paul VI to the Pauline Family, dated 1969 and 1974.

"A historical moment. Audience with Paul VI - 28 June 1969 - in the memory of the witnesses" – images of a brief interview with three witnesses participating in the 1969 audience: Sister Maddalena Verani ap, Don Teofilo Perez ssp and Brother Luigi Bofelli ssp.

After the 1969 audience, a special issue of the bulletin "San Paolo" with the speech of Paul VI was published, accompanied by numerous photos of this event. This publication was scanned and made available in PDF format. 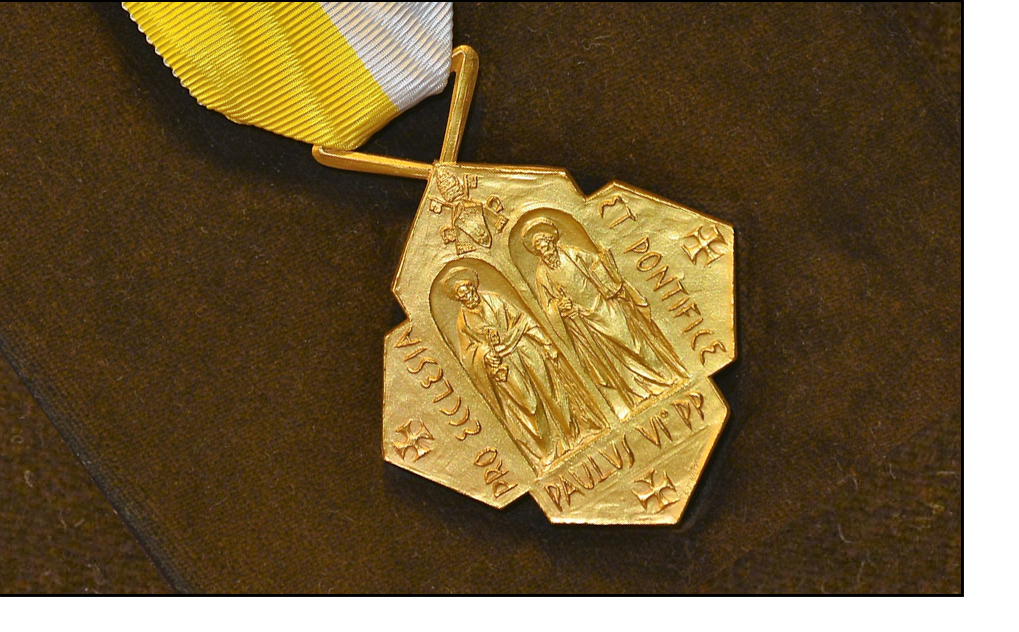 We also publish the text of the Pope's speech with some parts highlighted in different colours: these are the words added by Pope Paul VI to the official text previously prepared. It is indeed a very interesting text.

During this historical audience, our Founder was awarded the cross "Pro Eccesia et Pontifice". The memory of this recognition motivates us to renew our fidelity to the Pope and our love for the Church. To deepen this topic you can find the article by Fr Pietro Venturini, "A living memory of a historical audience. On the 50th anniversary of the meeting with Paul VI".

We encourage everyone to take advantage of the write-ups and documentaries prepared.