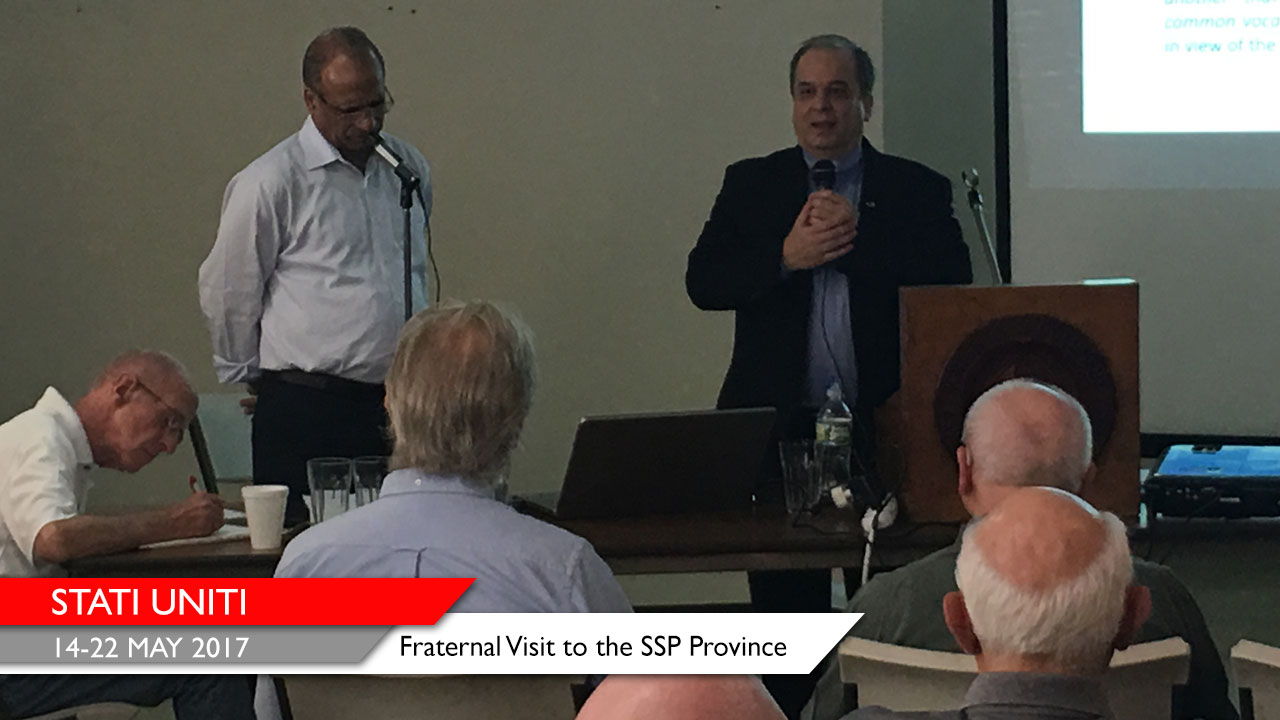 Father Valdir José De Castro, Superior General, accompanied by Father Jose Pottayil visited the Province of the United Stateswhich began on May 14, through May 22nd. During this visit Father De Castro and Father Jose Pottayil met with the members of the communities of Staten Island, N.Y., Chicago, Illinois and Canfield, Ohio.
The meetings consisted in a fraternal manner and provided eachmember the opportunity of speaking individually with Father Valdir and Father Jose in order to share their feelings and concerns.
On May 18, the U.S., Province held its second ProvincialAssembly of all the members at the community of Staten Island,New York. During his visit to the United States, Father Valdir José De Castro concelebrated the Funeral Mass of Father Thomas Fogarty, SSP, which was held at the Canfield, Ohio community on Saturday,
May 20.
The following day, May 21, Father Valdir met with the membersof the Holy Family Institute who were in attendance for the Funeral Mass of Father Fogarty. In the United States the Holy Family Institute members number over 400, the second place in the world after Italy.