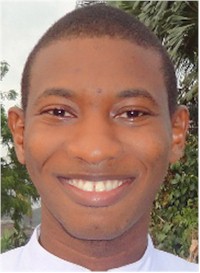 At 2:00 a.m. today (local time), at the University College Hospital of Ibadan (Nigeria), our junior brother has returned to the Father.  Cl. CHINEME DOUGLAS MADUKA 27 years, 8 of Pauline life, 11 months of religious profession Chineme Douglas was born in Lagos (Nigeria), the last son of Nathaniel and Grace, on 21 May 1986. He has two brothers and three sisters. He entered the Congregation on 22 April 2005, in the community of Ibadan, after having finished high school. After some months of initial formation, he studied philosophy at the Saints Peter and Paul Major Seminary in Ibadan. At the end of his philosophy studies in 2009, he was sent to Enugu for an apostolic experience of one year, at the end of which he reprised his studies attending theology classes at the Saint Peter and Paul Major Seminary in Ibadan.